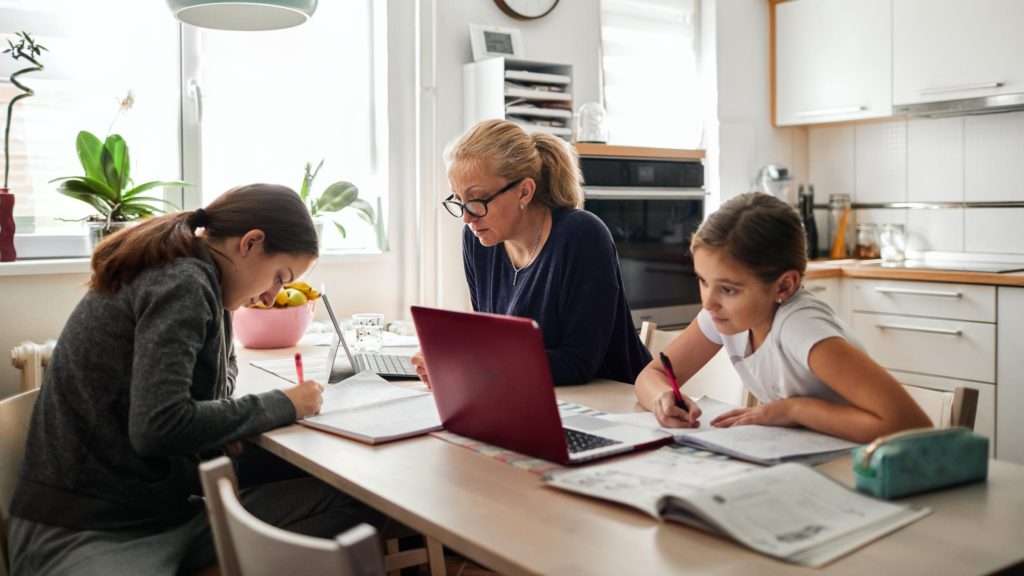 Women were more impacted than men by the partial lockdown, according to the survey. © iStock
News  >  Research and publication

Study: ‘How the Swiss fared under partial lockdown’

In a news story published on September 2nd, EPFL reported the results of a joint study by EPFL, the Idiap Research Institute and the University of Lausanne’s Institute of Psychology. The research provides a unique snapshot of how Swiss residents experienced the partial lockdown measures resulting from the coronavirus pandemic. The findings include gender disparities, doubts about the future and hopes for change.

From 8 April to 10 May 2020, at the height of the partial lockdown imposed by the Federal Council due to the coronavirus pandemic, a team of local researchers used social media and various other channels to distribute a multilingual survey (in French, German, Italian and English) throughout Switzerland, querying recipients about how they were adapting to life under lockdown. The goal was to assess respondents’ professional and personal quality of life with an eye to creating more effective support structures in the future. The researchers were from EPFL’s Urban Sociology Laboratory (LASUR) and Laboratory on Human-Environment Relations in Urban Systems (HERUS), the Idiap Research Institute and the University of Lausanne’s Institute of Psychology. Their findings have just been published on the website https://www.coronacitizenscience.ch/.

A total of 6,919 people responded, a high level of participation that provided the team with a great many insights. The survey data was rounded out with semi-structured interviews with 60 individuals and feedback from 216 others via the “Civique” mobile app – an option listed at the end of the survey. Using the app, residents were able to more actively participate in the study at intervals of several weeks. They shared their personal experiences and photos of their homes as they evolved under the demands of teleworking and home schooling.

In a second phase of the study, five “citizen think tanks” – discussion groups of between six and ten members of the general public – were set up after the lockdown was lifted. Each group was tasked with developing desirable or probable “post-COVID” scenarios on the following topics: housing, mobility, tourism, digital governance and the local economy.

New ways of living
According to the survey, 55% of respondents teleworked, and 40% lived with at least one teleworker. Although only 8% reported a lack of comfort in their homes, the most common challenge was how to reorganise and adapt their living space to changes in people’s private and professional lives. Overall, the idea of widespread teleworking over an extended period of time was thought to be undesirable.

Unequal burdens for women
It is clear that the partial lockdown resulted in – or heightened – many forms of gender inequality. Whereas only 3% of respondents reported losing their jobs, 70% of those who did were women. The majority of women also felt that their working conditions had become more difficult; a large proportion of them stated that they were employed in the health and social services sector, and therefore ran a greater risk of infection. People working in this sector reported that they felt most useful during the crisis, but also that they would have liked to be better rewarded for their efforts, either through compensatory leave, holidays or financial compensation.

Moreover, one woman in two reported being solely responsible for home schooling, compared with only one out of every 10 men. Interestingly, significantly more men than women stated that this task had been shared. “Men may have the impression that they were handling the schoolwork, or that they did so more often than in the past,” says Laurie Daffe, a postdoctoral researcher at EPFL’s LASUR. “This feeling was not however shared by their spouse or reflective of the actual distribution of labor.” She points out that this is a recurrent theme in gender sociology, a discipline that also brought to light the phenomenon of a household’s “mental load” and how it is unequally shared between men and women.

Lastly, young working women with diplomas were the most likely to report having taken on too many household chores. “This segment tends to be more attentive to the division of labor within a couple, but this finding may also stem from the fact that, under normal circumstances, wealthier households make greater use of paid domestic help,” says Garance Clément, another postdoctoral researcher at LASUR. “Yet it is these domestic workers – who frequently lost their sources of income during the crisis – who suffered the most.”

New social initiatives
By actively encouraging input from respondents, the study also aimed at generating reflections on new forms of social organization. Participants expressed interest in investing more of themselves in their neighborhoods and neighborhood life, with a view to forming support networks in the event of a new crisis. They also called for greater food self-sufficiency at the federal level and highlighted the need for shorter food supply chains. Input via the mobile app reflected the view that closing the country’s borders to prevent the virus from spreading was seen as the least desirable option.

When it comes to mobility, as other studies carried out during the lockdown have shown, there was strong support for limiting car journeys and work-related travel – a change dependent on employers’ flexibility, as those surveyed pointed out. “When studying different mobility scenarios, we observed that there was an implicit conflict between the desire to move towards a societal model that supports modes of transport other than private cars and the concern that public transport will be shunned out of fears of contamination,” says Daffe.

Towards eco-friendly tourism
Thirty percent of respondents stated that they were looking forward to seeing their families again after the lockdown was lifted, but fewer than 20% were excited about travelling again. In this respect, the think tanks underscored the participants’ preference in the future for slower, more engaged and more environmentally friendly modes of travel and local tourism. “This trend was partly confirmed this summer,” says Daffe. “But they also had reservations, including a sense of fatalism and concerns about a return to pre-pandemic practices, such as air travel.”

Lastly, to prevent the virus from spreading, those surveyed preferred to keep technology to a minimum in their daily routines, opting instead to take personal responsibility and make direct contact with those around them in the event of exposure.

Contradictions
“Generally speaking, we noted a contradiction between, on one hand, respondents’ desire for social change, eco-friendly approaches and greater involvement at the local level, and a rather disillusioned view of the future on the other,” says Clément. “People are now looking for collective ways to turn such ideas into tangible initiatives, because they are not convinced that the public authorities themselves have the ability to do so.”